When I’m not working, I’m playing (though sometimes one feels like the other). Sometimes that play yields something worth mentioning, so this is the gallery of… mentionables. 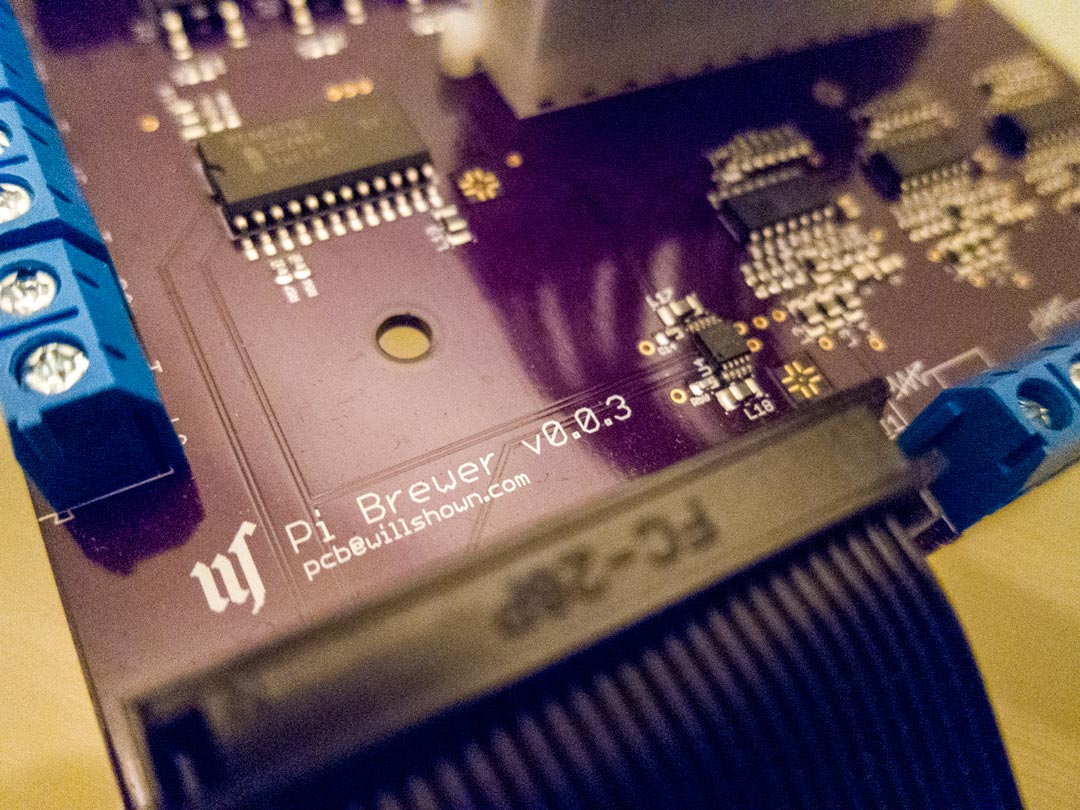 A photo of the finished and assembled PCB.

For a while I was interested in homebrewing, but I always wanted to automate as much of it as I could, especially the heating bit. Mash is incredibly sensitive to temperature, and I never had much faith in my ability to take enough care to get it just right, so I devised a system using solenoid valves and industrial sensors that would keep the mash at just the right temperature at just the right time.

The system was just a board that used components I’d found on Mouser and circuits I’d read about on my commute. I designed the PCB using Eagle and had it fabricated and assembled by SMD specialists.

…Unfortunately the circuit didn’t work quite as expected. Something somewhere was getting a lot of noise, so the temperature sensors all gave a very erratic signal. This came right as other priorities in my life rose above the project, so I had to abandon it. To be continued, lil’ thing!

A screen capture of the live cardboard.coop website, with its animated SVGs.

There was a time I’d considered starting a consultancy, which I wanted to structure as a cooperative. Just for fun, I made the landing page, and even registered the cooperative with the state of Washington.

…Though if I can ever help it, I’ll never have to work with clients directly. Maybe someone else might like to head it up someday. 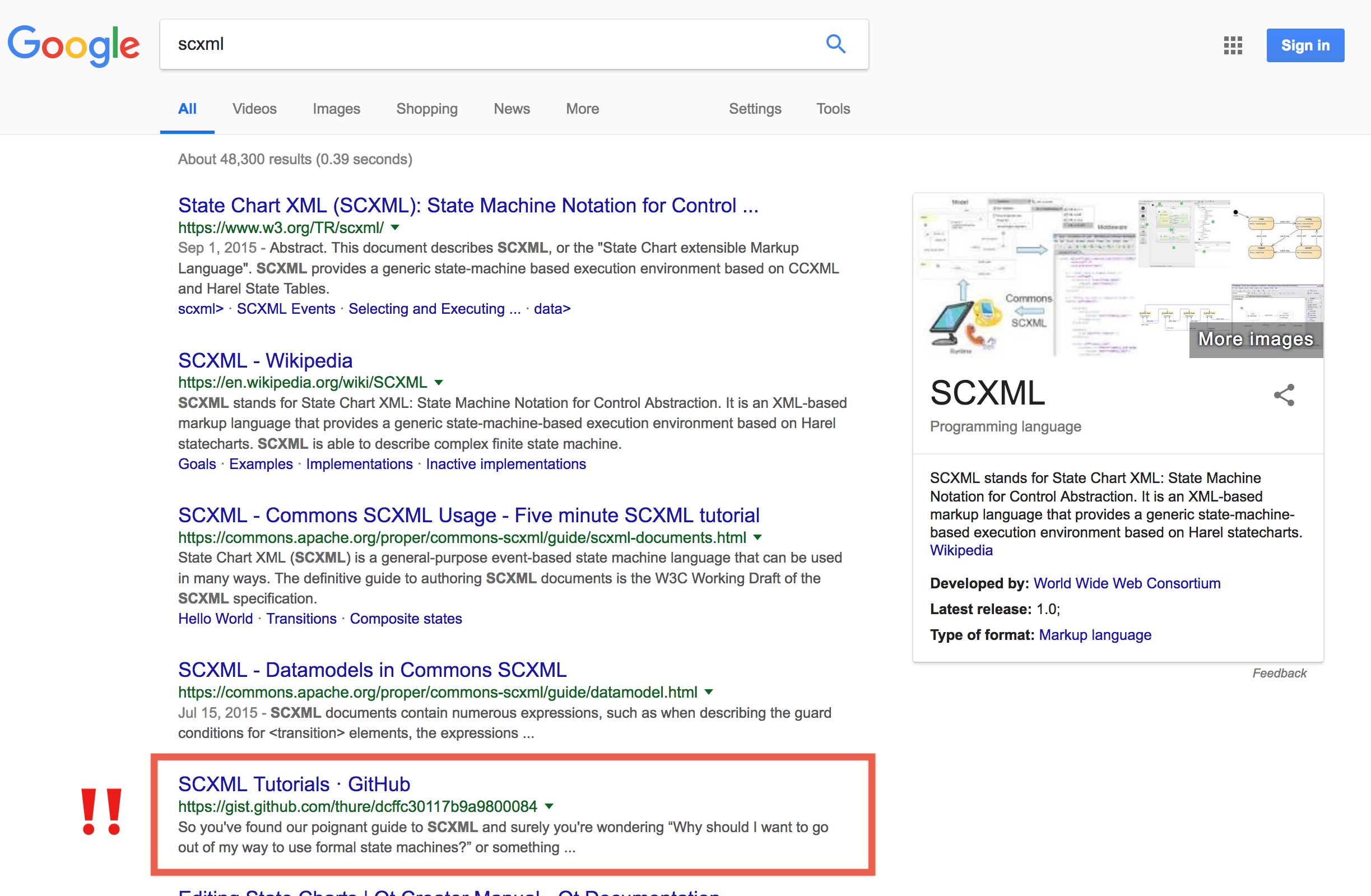 For a while my own SCXML tutorials on Github Gists was result №5 in Google when you searched for ‘SCXML’! Last I checked they’re result №6.

In between my roles at Microsoft when I worked for myself and another tiny startup, I also created tutorials to help explain the value of SCXML and guide new users in its use. If Google search results are any indication, people have found the tutorials useful, since they’ve appeared on the first page of results for ‘SCXML’ for years now.